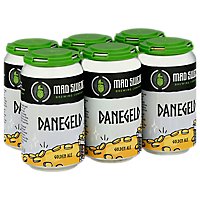 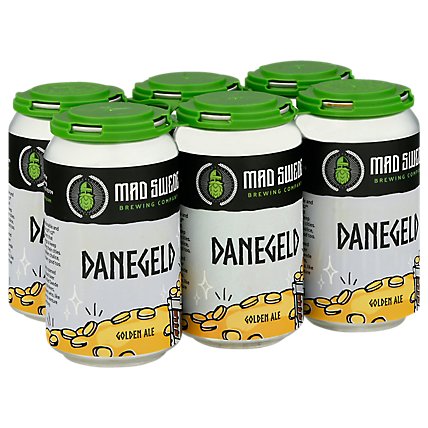 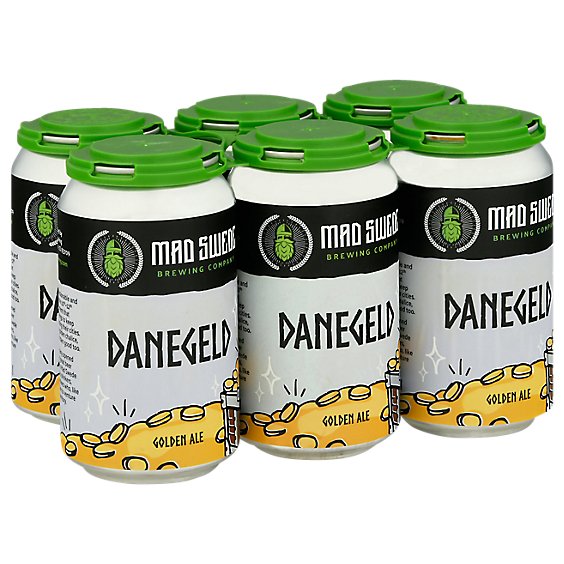 Danegeld is a light, crisp, sessionable and perfectly refreshing ale. In the 10th-12th century, Danegeld was payment that Europeans made to the Vikings to keep them from sacking and looting their cities. Tastes best sipped from a golden chalice, But straight from the can is darn good too. Mad Swede Brewing Company opened in 2016 with the belief that great beer a blend of art and science. Mad Swede is comprised of adventurous drinkers, brewers, dreamers, and thinkers who, like the Vikings themselves, dare to venture toward new and exciting territory. Drink like a viking! Certified Independent Craft Brewers Association. MadSwedeBrewing.com. 100% rHDPE: Recycled & recyclable. Please recycle. 4.7% alc by vol. 9.4

Contains: Contains alcohol.,Government Warning: (1) According to the Surgeon General, women should not drink alcoholic beverages during pregnancy because of the risk of birth defects. (2) Consumption of alcoholic beverages impairs your ability to drive a car or operate machinery, and may cause health problems.