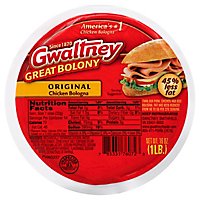 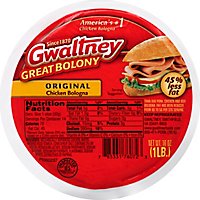 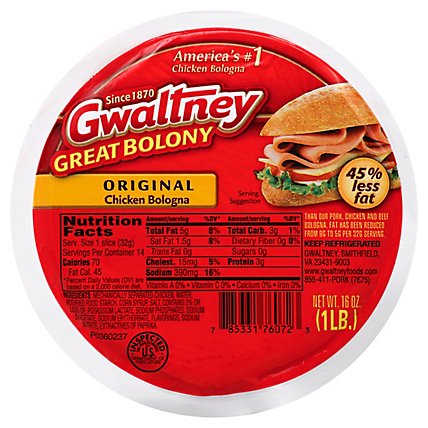 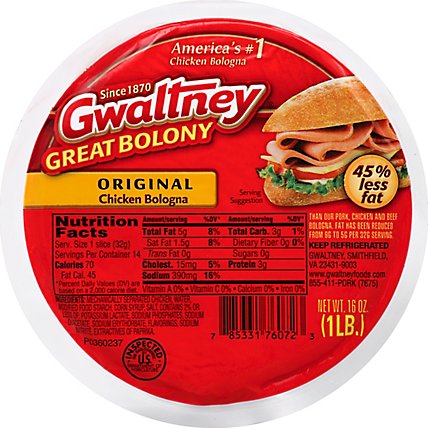 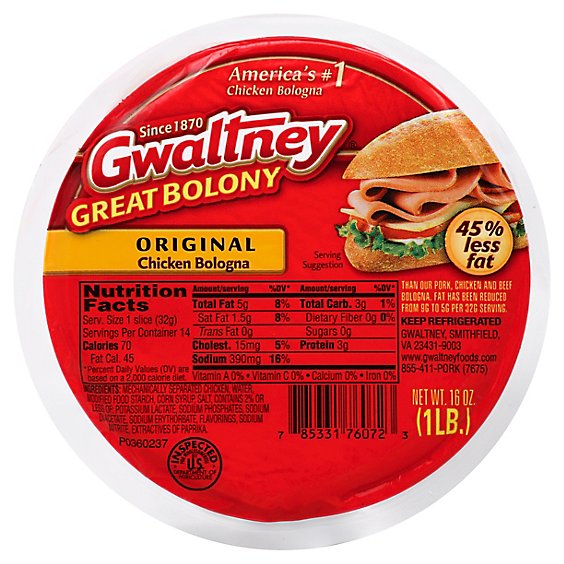 Great bolony. America's No. 1 chicken bologna. Since 1870. 45% less fat than our pork, chicken and beef bologna. Fat has been reduced from 9 g to 5 g per 32 g serving. www.gwaltneyfoods.com. Inspected for wholesomeness by US Department of Agriculture.