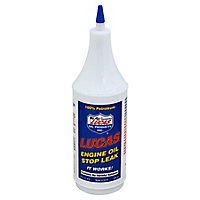 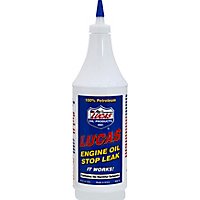 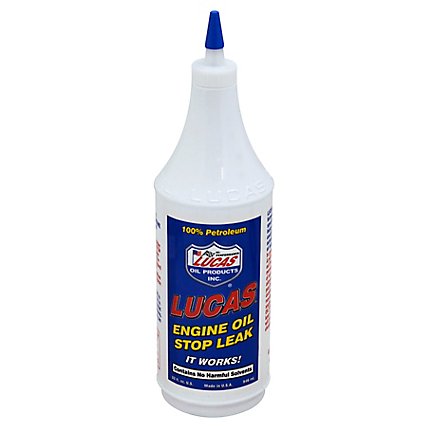 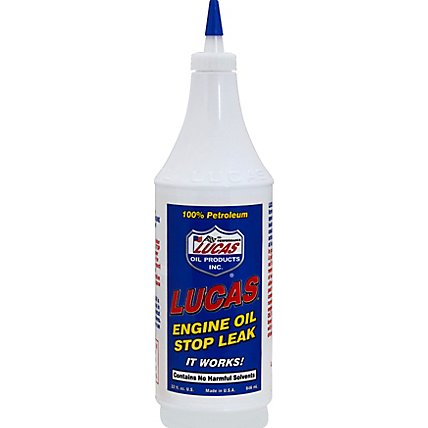 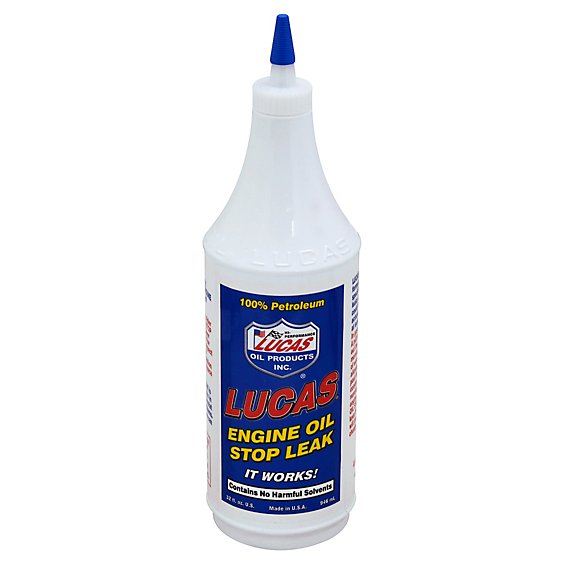 It works! Contains no harmful solvents. 100% petroleum. Hi-performance. Leaking engines are usually older engines. Lucas Engine Oil Stop Leak is not only a leak stopper but also an excellent additive for worn engines. The user can expect less engine noise, higher oil pressure and less oil consumption as the Lucas additives fill the space between the worn parts. Lucas Engine Oil Stop Leak is also effective at stopping leaks in automatic transmissions, hydrostat transmissions or hydraulic systems. 10% is usually adequate - more can be used in badly worn units. Lucas Engine Oil Stop Leak is a unique formulation of Lucas additives and very specific base stocks designed to stop seal leaks in engines. It contains nothing that could be harmful to an engine and can actually extend the life of the engine oil at least 50% longer. Catch all your Lucas Motorsports programming on MAV TV. www.LucasOil.com. Made in USA.

Contains: Keep out of reach of children. Harmful if swallowed.

Use 20% of system capacity (example: 1 quart Lucas Engine Oil Stop Leak to 4 quarts of motor oil.) In Gasoline Engines: A puff of white smoke out the tail pipe in the morning is a sure sign of worn valve seals allowing oil to seep past the valves into the combustion chamber when the engine is not running. This is a sign of a high mileage engine. Allow a few days for Lucas Engine Oil Stop Leak to correct this problem. To keep this problem corrected a quart (or liter) will probably have to be added with each oil change.