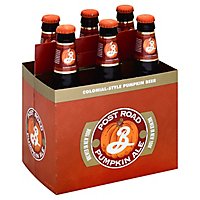 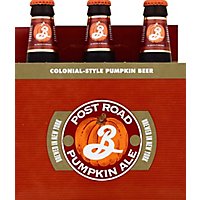 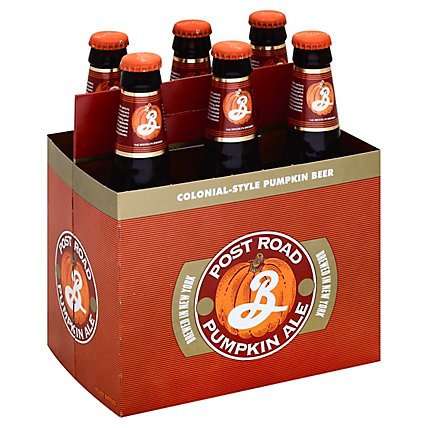 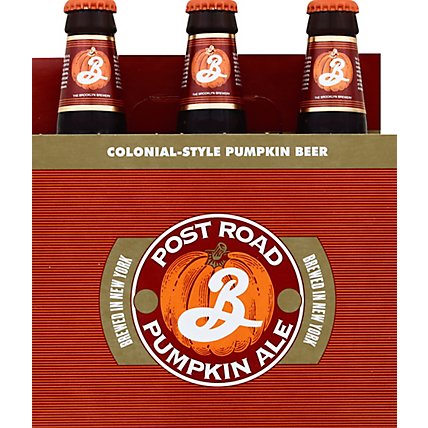 Colonial-style pumpkin beer. In the 18th century, colonial Americans brewed wonderful and interesting ales using local ingredients. Barley was the principal ingredient, but pumpkins were favored by brewers for their rich, spicy flavors, which melded perfectly with malted barley. Post Road brings you a delicious rendition of this traditional American classic. The Facts: Malts: American 2-row, caramel malt, wheat, aromatic. Additions: Pumpkins, spices. Hops: Cascade. ABV: 5.0%. OG: 12.5 degrees plato. The Brooklyn Story: Journalist Steve Hindy dodged bullets for six years in the Middle East in the late 1970s and 1980s. He returned to New York at the urging of his wife and two children in 1984 and settled in Brooklyn. Steve started brewing beer at home, a hobby he picked up in the Middle East from American diplomats working in strict Islamic countries where alcoholic beverages were forbidden. With his Brooklyn neighbor Tom Potter, he quit his job and started Brooklyn Brewery, the first successful brewery in Brooklyn since Schaefer and Rheingold closed in 1976. Today, Brooklyn beers are sold in over half the United States and more than 20 countries around the world. Famed Brooklyn Brewmaster Garrett Oliver and his team brew an ever-growing portfolio of beers for every palate that run the gamut from traditional to boundary-pushing. While in New York City, please plan to visit the Brooklyn Brewery and the company store. For more info on general public hours, tours, and private events, visit BrooklynBrewery.com. BrooklynBrewery.com. Facebook.com/The Brooklyn Brewery. (at)BrooklynBrewery. BrooklynBloggery.com. 5.0% alc. by vol. Brewed in New York.