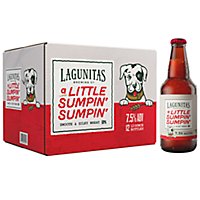 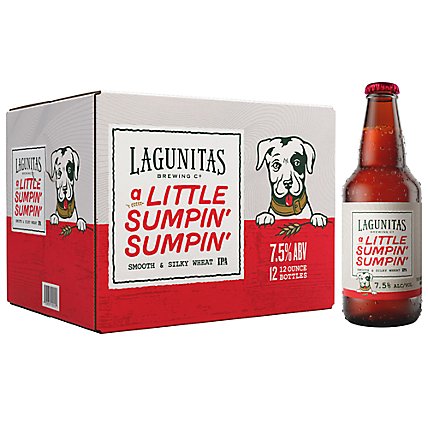 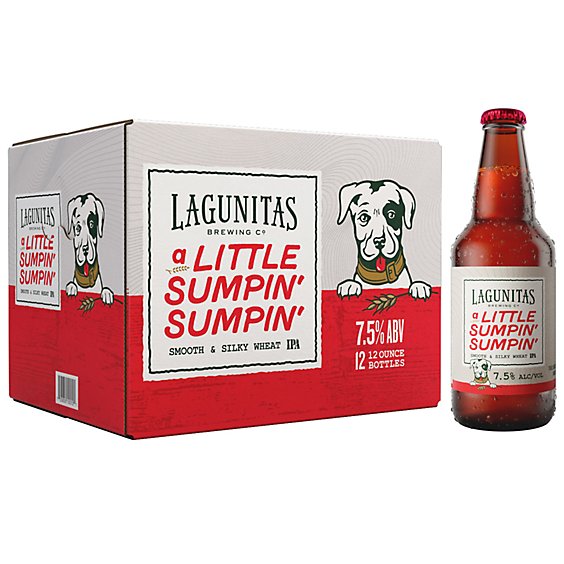 Say lah-goo-knee-tuss. A 12-gang of 12's. Beer speaks. Est. 1993. People mumble. 420/35 12 oz'ers. This special ale is something fairly new under the sun. It's got a lot of wheat, it's rich with hops, it finishes dry. We've watched with some amusement as the internet beer rating sites argue over how to classify it. We're in the camp with Japhy Ryder when he declares to Ray Smith that comparisons are odious! You ever notice how everything has to be today's version of yesterday's whatever. Well, whatever. Sometimes we wonder what the world would be like if everything was perceived for what it is, and not what it reminds you of. The sun would rise everyday as if for the first time, you'd work as if newly born, you'd see your lover next to you anew, the air would smell like flowers, work would be like the first day back in school, a beer would make your eyes roll back in your head in ecstasy - well, maybe not - but you get the idea. Call 707-769-4495. Cheers! Brewed and bottled by The Lagunitas Brewing Company Petaluma, Calif & Chicago, Ill.