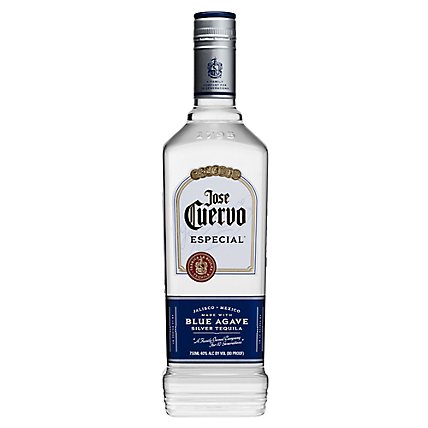 To commemorate the Rolling Stones North America tour 1972. Jalisco Mexico. Made with blue agave. A family owned company for 10 generations. Summer of 1972 the Rolling Stones went on tour across North America. The tour became legend. Jose Cuervo became the drink that fueled it. 1972. Jose Cuervo is proud to honor the greatest rock 'n' roll band and celebrate some of rock 'n' roll's most epic days. Please recycle. www.cuervo.com. 40.5% alc. by vol (81 proof). Imported & bottled by Jose Cuervo, Lawrenceburg, IN. Product of Mexico.

Contains: Government Warning: (1) According to the Surgeon General, women should not drink alcoholic beverages during pregnancy because of the risk of birth defects. (2) Consumption of alcoholic beverages impairs your ability to drive a car or operate machinery and may cause health problems.