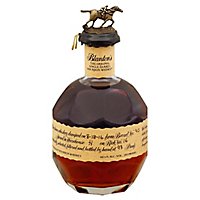 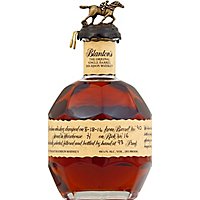 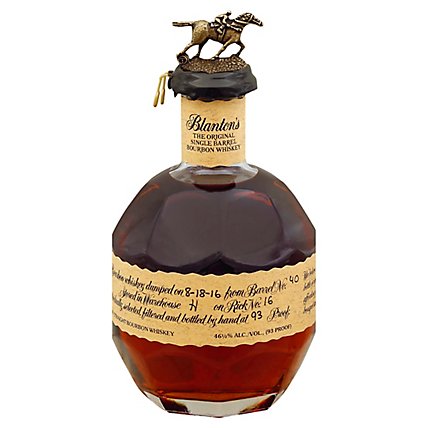 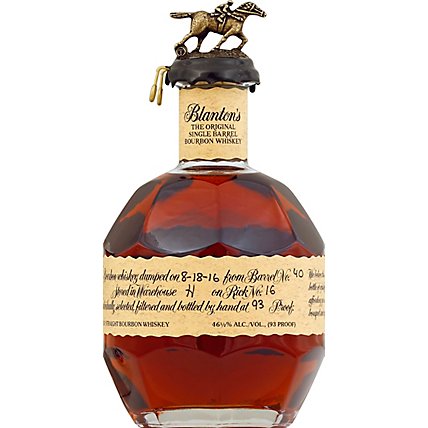 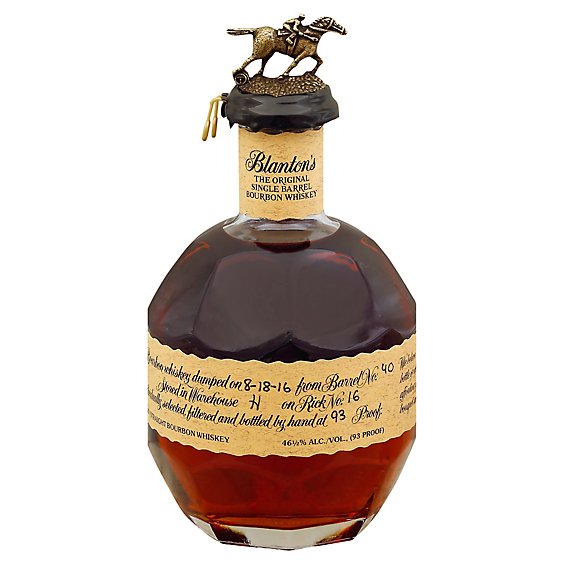 Single Barrel Bourbon started with Blanton's in 1984. Nearing retirement, Master Distiller Elmer T. Lee was tasked with creating a bourbon of exceptionally high quality. With careful reflection, he recalled the earlier days of his career in the late 1940s when he worked under Colonel Albert B. Blanton. Colonel Blanton was the president of the distillery until 1952. Mr. Lee remembered that when Colonel Blanton would entertain dignitaries and other important guests he would handpick "honey barrels" from the center cut of Warehouse H and have that bourbon bottled one barrel at a time.

Kentucky straight bourbon whiskey. The original single barrel bourbon whiskey. Individually selected, filtered and bottled by hand at 93 proof. Each bottle is recorded with the Master Registrar at Blanton Distilling Company. We believe this is the finest bottle of whiskey ever produced, affording you extra flavor, bouquet and character. 46-1/2 alc./vol., (93 proof). Distilled & bottled by Blanton Distilling Company Frankfort, Kentucky.