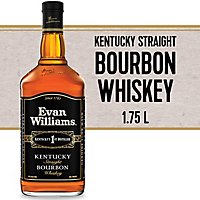 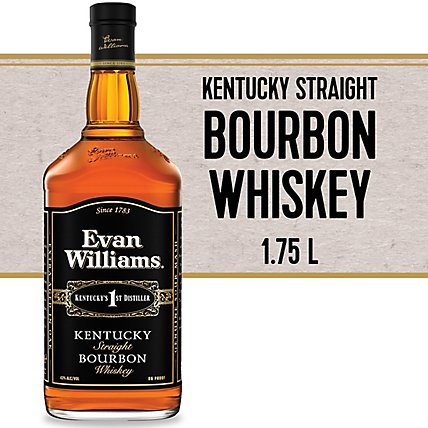 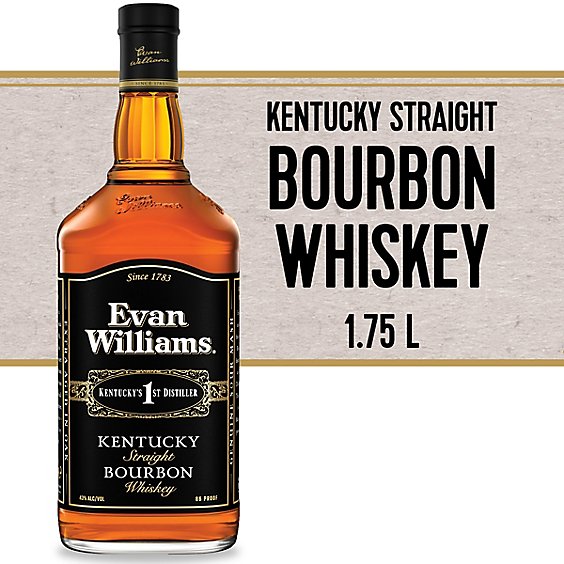 Since 1783. Kentucky's 1st distiller. Genuine sour mash. Extra aged in oak. Distilled from a time-honored formula originated in 1783, Evan Williams is produced in the heart of Kentucky's Bourbon country. This Bourbon is aged for a smoother, more complex flavor - world-renowned by Bourbon lovers. Evan Williams' signature as it appeared on an 18th century distillation license. Evan Williams set up his distillery on the banks of the Ohio River in 1783 and is historically recognized as Kentucky's First Distiller of Bourbon. This special Bourbon is a genuine Sour Mash that honors his pioneering heritage. www.evanwilliams.com. 43% alc/vol. Distilled in Kentucky, bottled by Old Evans Williams Distillery, Bardstown, Kentucky 40004.